Pyromusical: Fiery Blooms in the Sky

March 06, 2017
Have you seen the pyromusical competition in SM Mall of Asia this year? It is an annual competition and I have always wanted to go see it. And it came true for me two weeks ago. Me and my friends decided to see the spectacle last February 25. On that day, two companies from China gave awesome performances of their fireworks.

There are lots of ticket options available. We bought ours in the kiosks located all over the mall. The Silver ticket (PhP 100), being the farthest, would give you the whole view of the sky. The Gold (PhP 300), being somewhat nearer, would give you a bigger view of the bay and the fireworks. If you want the front seat, you can opt for VIP with dinner (PhP1,500). My group bought the Gold tickets! Wheee~


There are lots of food booths and merchants in there so you don't have to worry about getting hungry during the show. I would advise you to bring mats though, as there are no seats provided. :(


The show was started by Lidu Fireworks and the title of their performance was Epic Fantasy. Here are some great photos, courtesy of my friend Geniel. I didn't record a video of the whole thing as my arms grew tired. But the best part for me was when the Game of Thrones theme began to play. I think it surprised everybody, too. 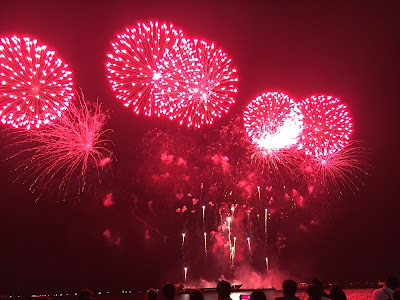 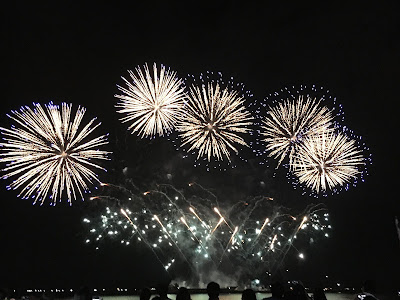 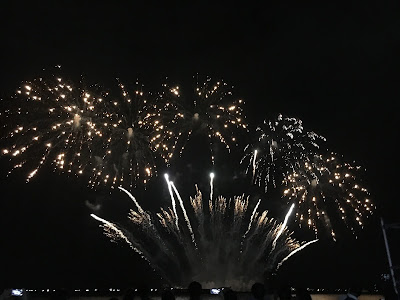 Next was Polaris Fireworks, they made it to the top three last year. So, we kinda expected a lot from them. And boy, they didn't disappoint! I only got a recording of the finale part… and at the last minute, you could hear everyone screaming, including me! :)


Each pyromusical lasted around 20 minutes. The 8th Philippine International Pyromusical Competition is up during Saturdays, until March 18 at SM Mall of Asia.  You will enjoy it, enough to lose track of time. Catch these fleeting paintings in the sky! It's proof that the beautiful things in life are to be enjoyed in the moment.