May 08, 2014
"Wow! It's so majestic!", I excitedly said once the age-old pillars of The Ruins came to my sight as we drove to the place situated in Talisay, Negros Occidental. Even from afar, it looked like a king. And majestic is the perfect word for it. It is a big 'house' which felt like I was looking at a leader who was commanding his people.

I visited this place with my family. Check out the official website at  http://theruins.com.ph/ for directions on how to get there. Truth is, there aren't a lot of guides or signs in getting there. But feel free to ask the friendly locals. They helped us, too. (^_^)

The place has an entrance fee, as well. It is very affordable, so don't worry. As of April 2014, the prices were... 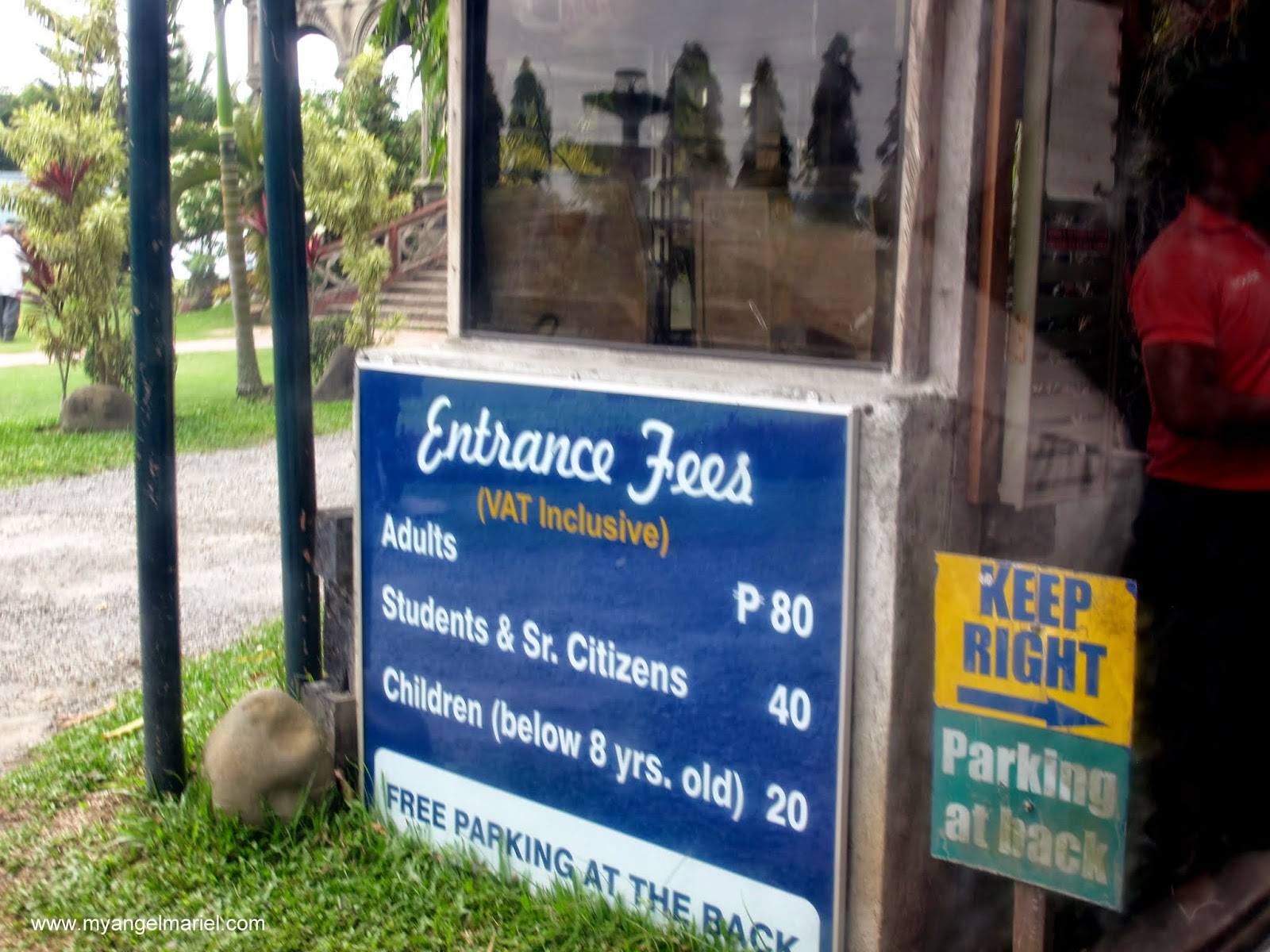 The place is now called The Ruins. It was originally a mansion by Don Mariano and his family back in the 1900's. They were one of the most powerful families of the place at that time. Read on for the official statement of this incredible place: 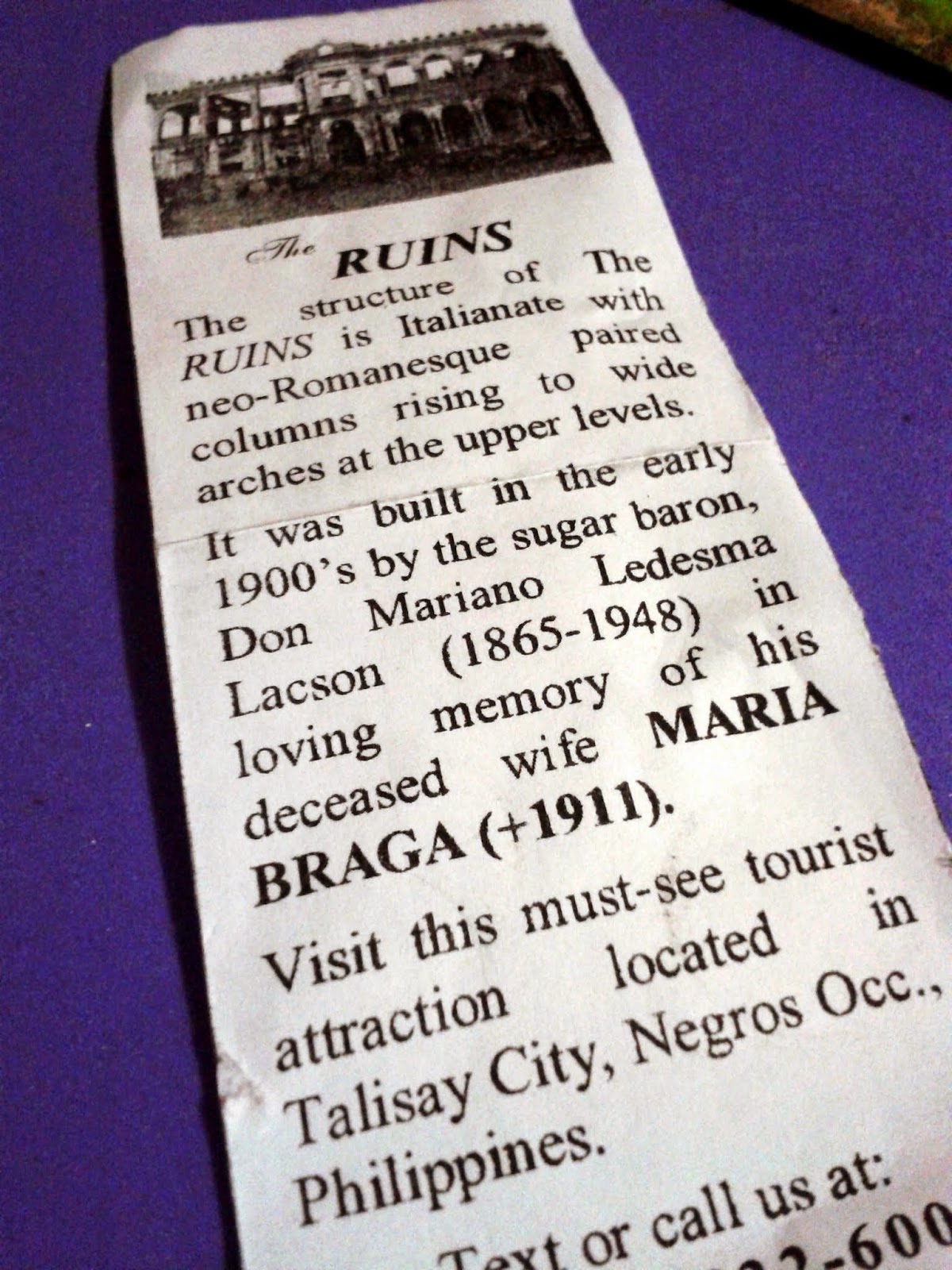 When I saw the old structure upclose, I immediately remembered our Humanities subject back in college. We studied European structures from the Dark and Middle Ages. So I was familiar with the different architectural styles. Neo-Romanesque refers to the style of the column and arches.

Like the old churches we visited in our Humanities class, The Ruins was also built on coral limestone (taken from the depths of the sea) with egg white used as binder. It is a lost knowledge of how it was done. But structures stand the test of time and not even fire destroyed it. It was burnt by the Japanese in World War II to prevent it from becoming a 'hideout' of the Americans.

Ah~ Even the main entrance is so breath-taking. It is very inviting! Well now it is. But imagine me as a commoner at that time… I guess I couldn't even bear set foot on holy ground. Hehehe~

I learned a lot about the place as there were short descriptions on the walls. There is also a tour guide to explain about it. I just happen to saw a group with a tour guide, so I followed them and listened.

It felt like I was time-traveling. There were photos which featured the family who once lived in the ancient mansion...

Further going inside, I saw that the site is now one with nature as plants clung on to its interior. 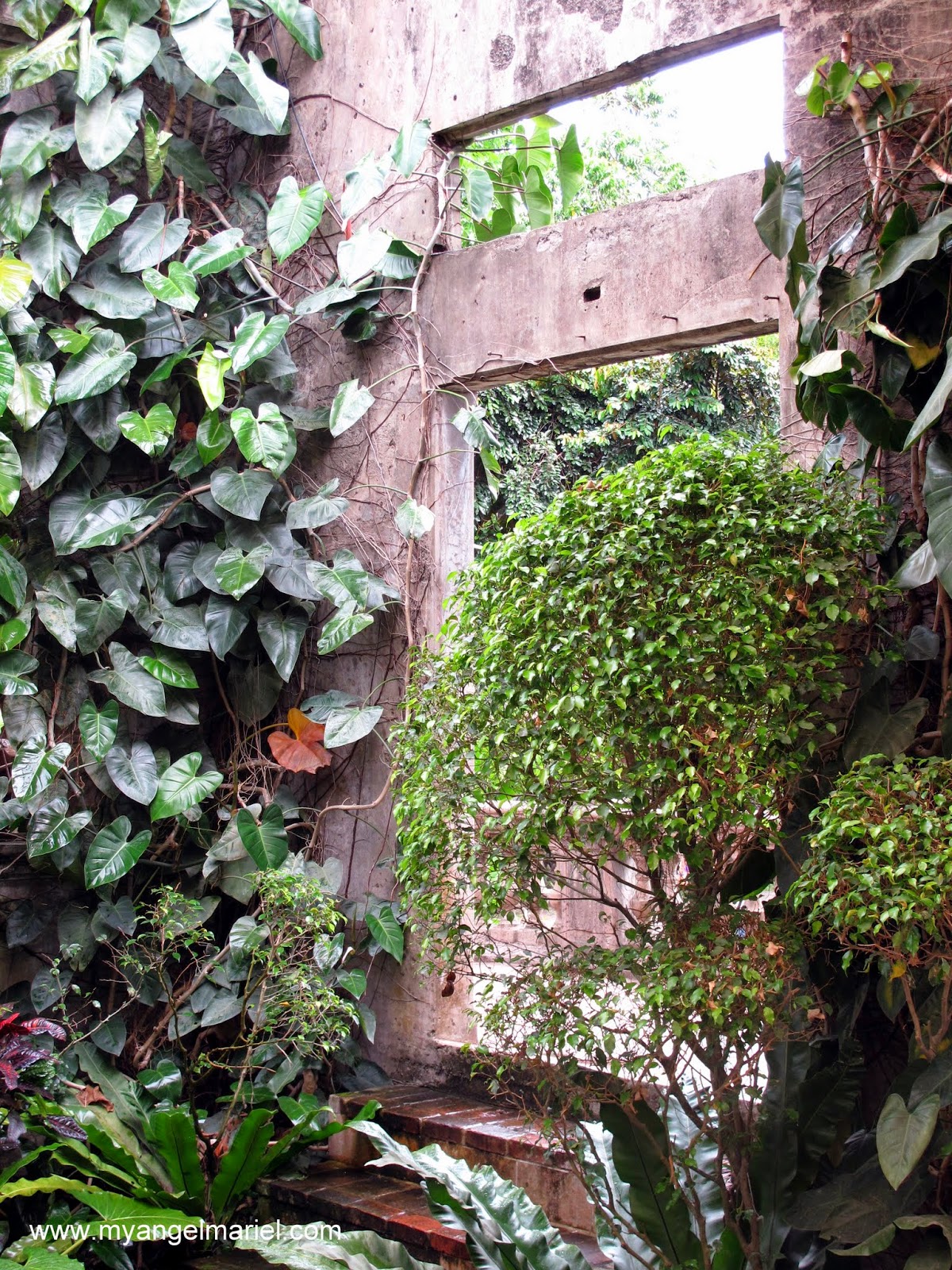 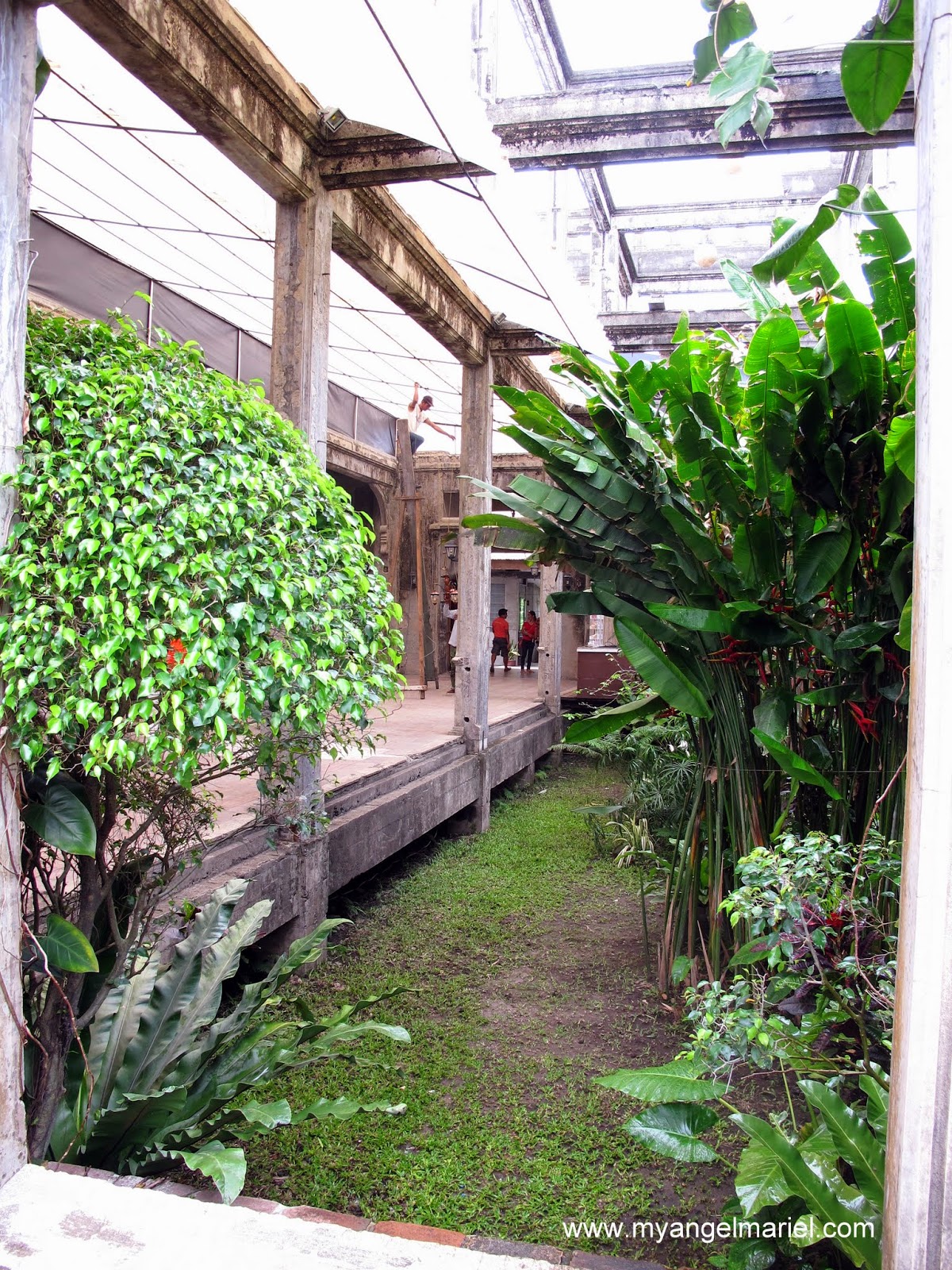 I was awed by the mansion. More than a hundred years later, it stood elegant and strong! I am short of words to actually describe it in detail. It conjures a lot emotions in you. All you can think of is: what a beautiful place this is!

The West Wing of the mansion is elegant, too! Well, every part of the structure is! But this one really stuck to my mind. It also has an entrance and the windows here hold a lot of history. The tour guide told us that Don Mariano and his family gather around the Belvedere every afternoon to view the breathtaking sunset. The topography of the place is different at that time, so I imagined that they probably saw vast lands of fields all bathed in warm orange light.

The tour guide explained further... "As Don Mariano looked far away, it was then when he said: 'Lahat ng natatanaw ko ay akin'." It roughly translates to English as "All that I see is mine."


Here is my best photo of The RUINS... 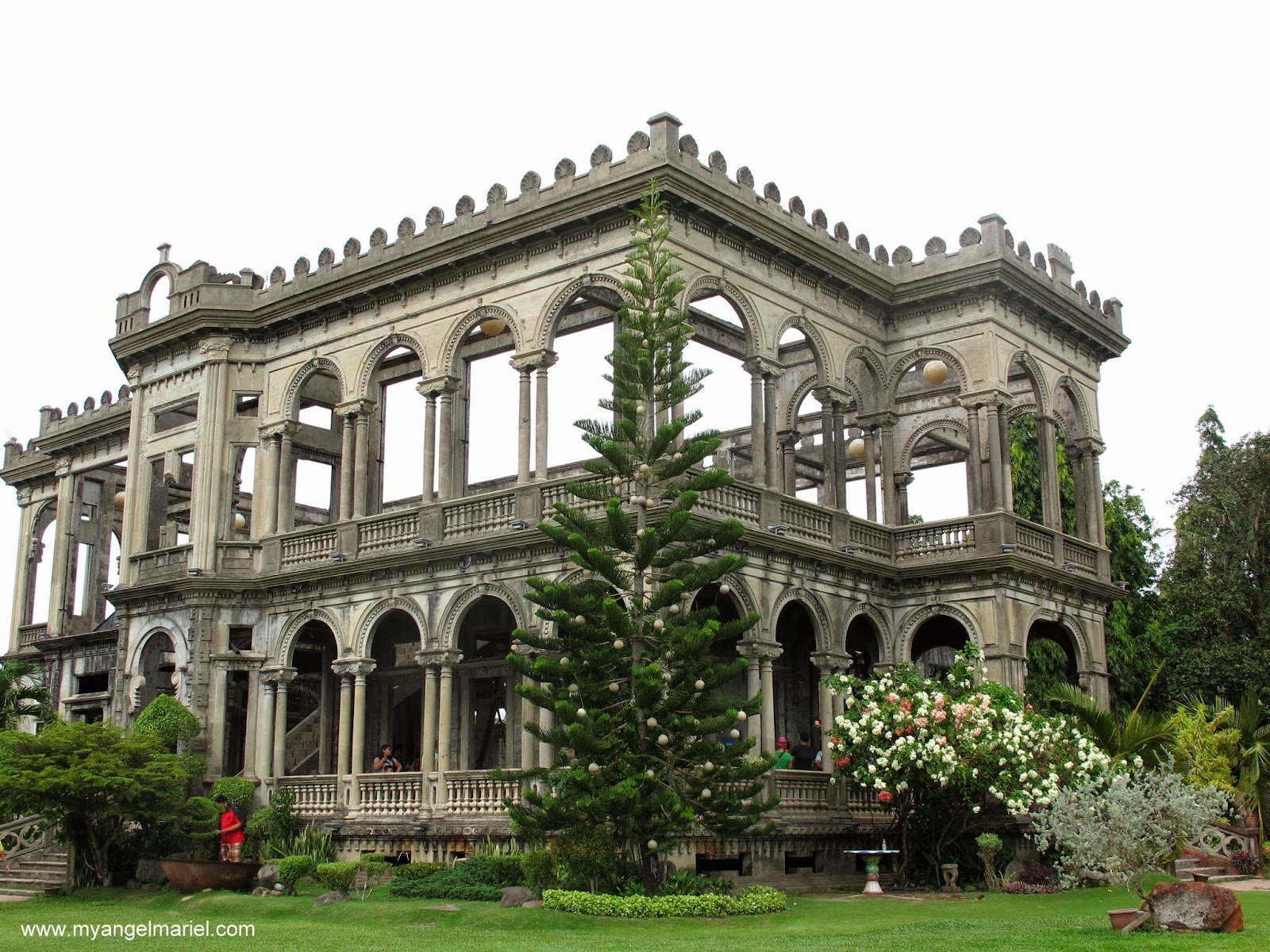 Apart from seeing the picturesque mansion, the site also has restaurants which feature Filipino food, a souvenir shop, a mini golf course, and a grotto...

And this is my favorite: natural sugar cane juice! You could really see how each sugar cane is put into the juicer. Each one costs PhP50.00 and we had ours with Kalamansi. It was so refreshing! It was not too sweet as well. My father told me that the sugar cane used is called La Carlota. He personally likes that kind because it is soft and not too sweet unlike other sugar cane variants.

Lastly, we couldn't just leave without visiting the souvenir shop. Take a look at all these goodies! 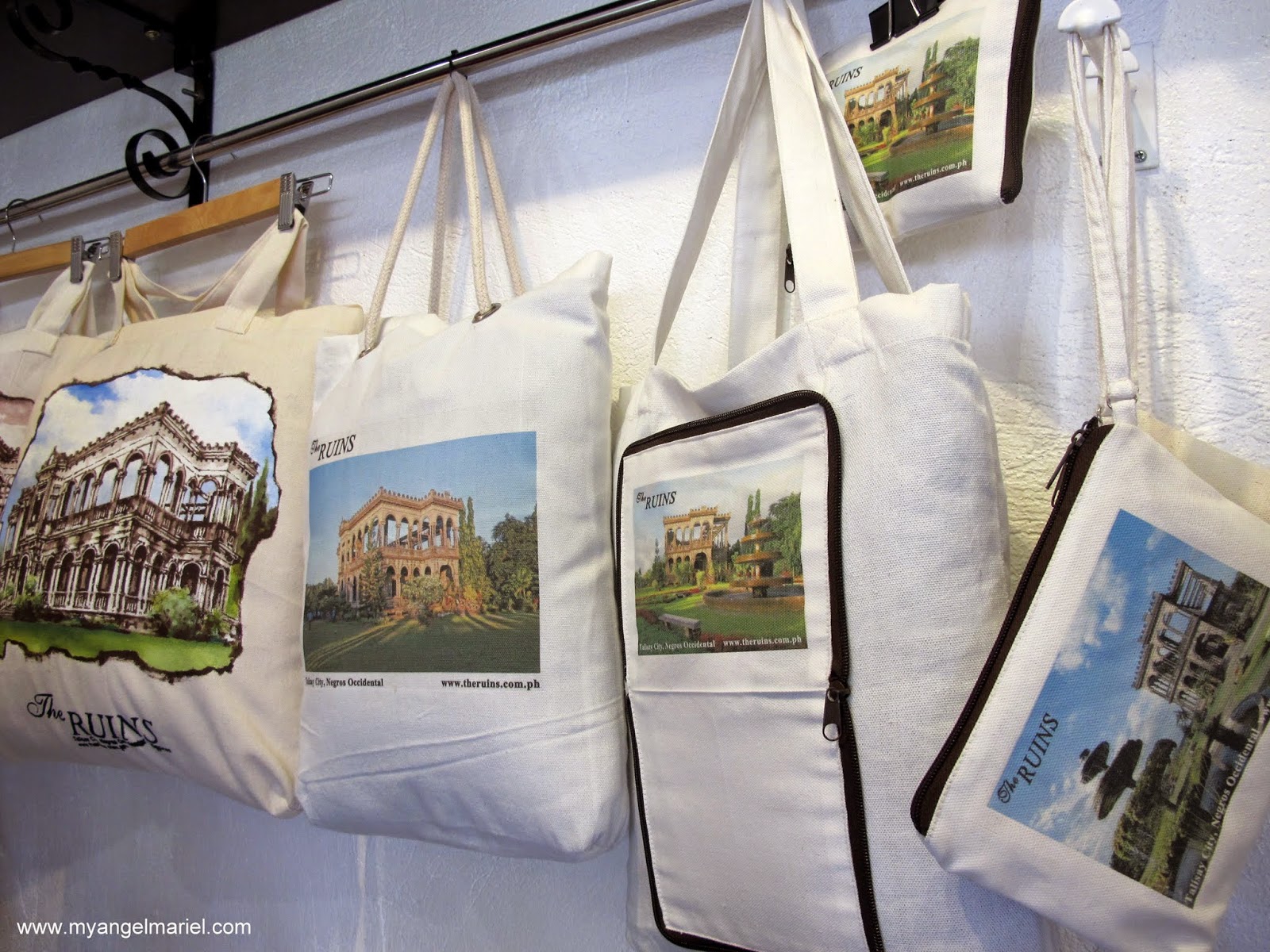 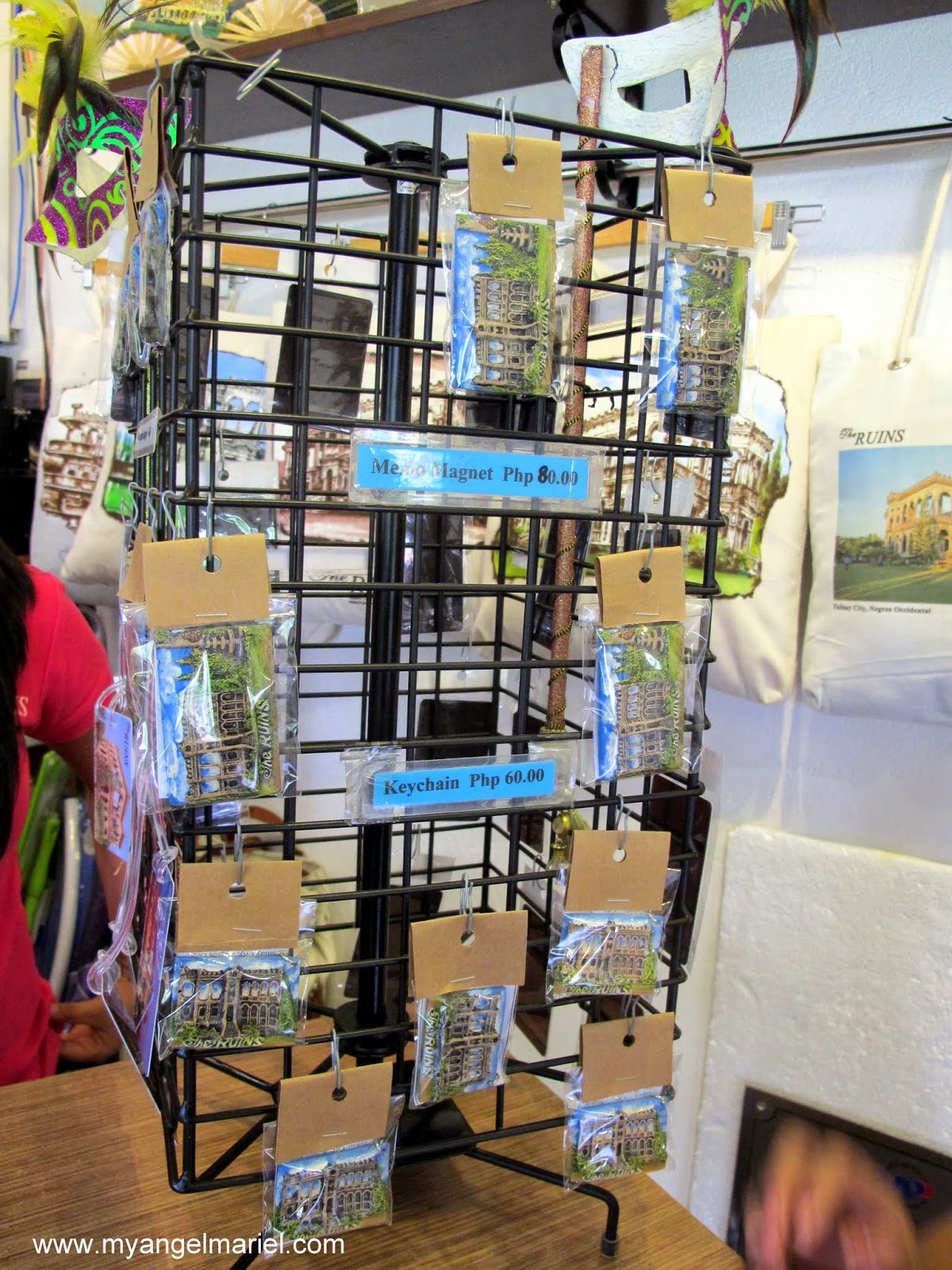 As a remembrance of my sojourn, I got myself this magnet to add to my existing collection...

The RUINS is an incredible place. Even if weeks had passed, I still remember every moment in that ancient house: the overwhelming emotion, the amazement I felt at the structure, and all the history learned. It is as unforgettable as it can get!

Pooja Mittal said…
Ruined surely is incredible , reading your post looking at the palace , the pics of the family and everything I in so curious to know more. I am going to google more and keep a note in my diary for prospect travel destination.
I so love sugercane juice but Indian sugercane look very different
Keep in touch
www.beingbeautifulandpretty.com
May 8, 2014 at 11:28 PM