Caribbean Footwear Partners with UST JMA for the 2013 ATHOMIC Competition

February 08, 2013
Caribbean Footwear conquers this year's Annual Thomasian Marketers Intercollegiate Competition (ATHOMIC), a contest organized by the UST Junior Marketing Association (JMA)  and is participated by top universities within Metro Manila. The goal of ATHOMIC is to showcase the students' marketing and creative strategies of a featured product, and it is about Caribbean Footwear this year. 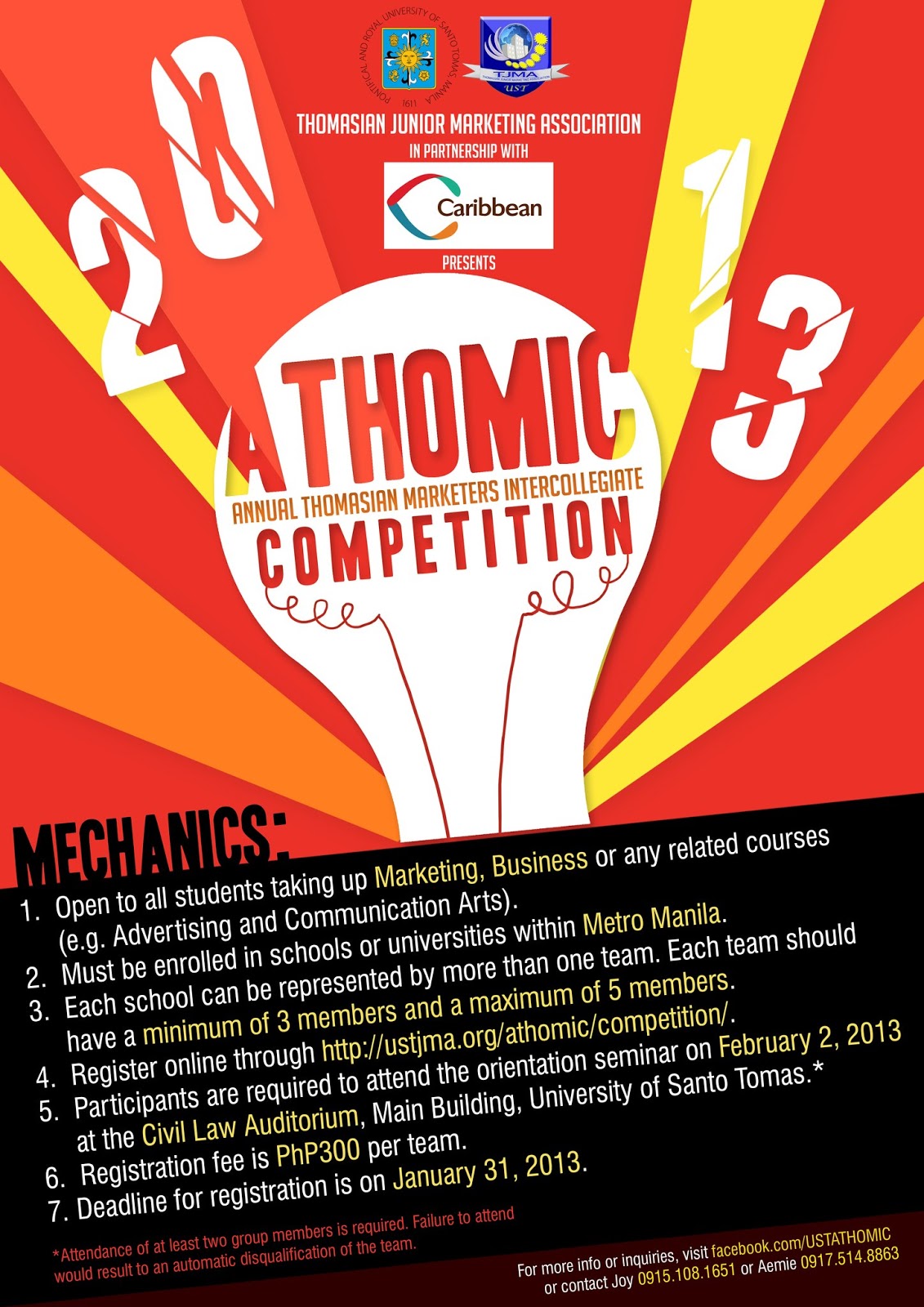 The orientation seminar about the contest was held on February 2, 2013 at the Civil Law Auditorium in UST. Caribbean Footwear had a display booth where participating students and guests were able to see and feel first hand the quality of the flipflops. After each touch, almost all of them asked about the product and told us that they will head on to the nearest Robinson's Dept. Store, SM Hypermarket, or Save More supermarkets to get their desired pair.

Cute pins were given to participants and to guests who liked the Caribbean Footwear Facebook page.

During the program, speakers Francis Loseo and Denise Soller gave a background about Caribbean Footwear, from their humble beginnings to the known brand today. They also gave out the mechanics for the marketing case study competition for this year's ATHOMIC.

After the talk, a short contest was held among the participating schools. It was a poster snapshot competition where in each team would pose live on stage for five seconds. Winners could get the chance to be featured in the next Caribbean poster. Here are a couple of shots from the participants: 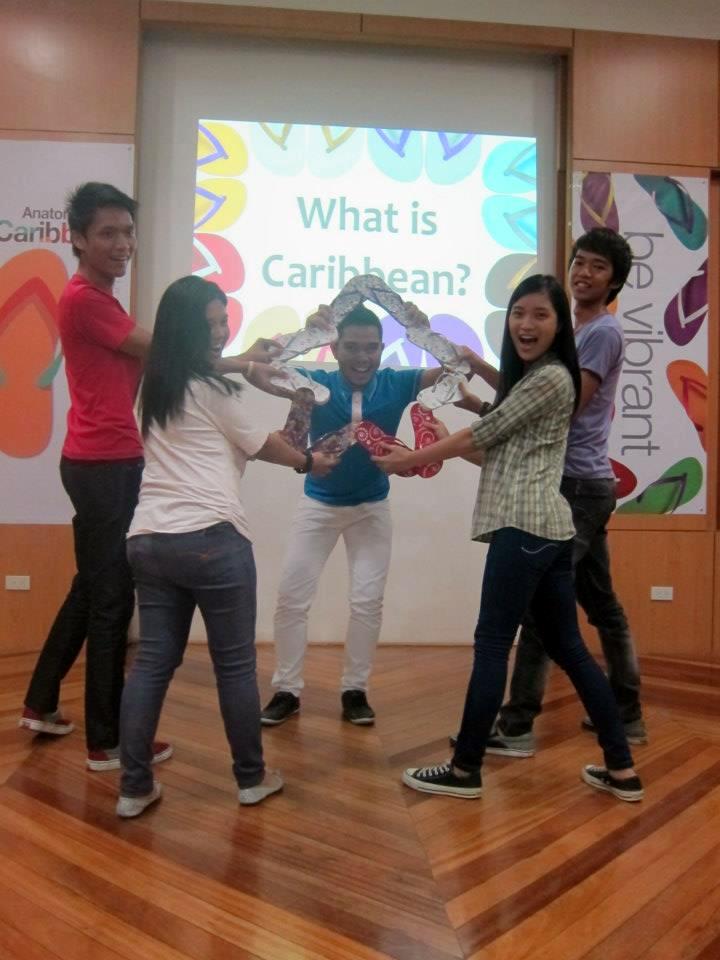 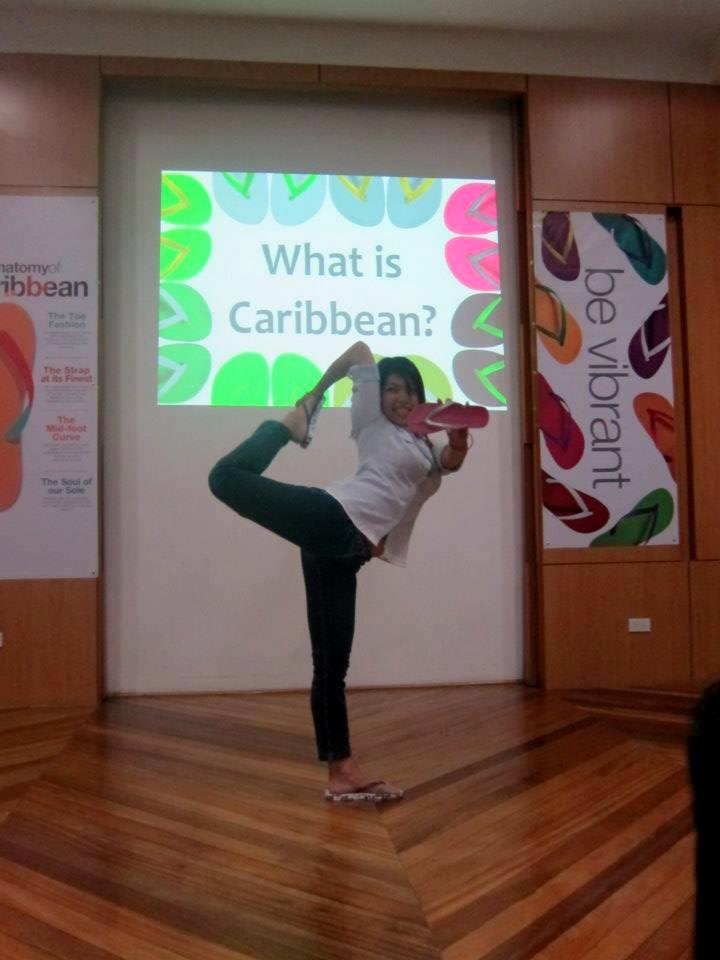 I was made judge for the poster contest. Woah I didn't see that coming! Since I am not a marketer, I used my perspective as an ordinary consumer. The photo that got my attention the most was.... 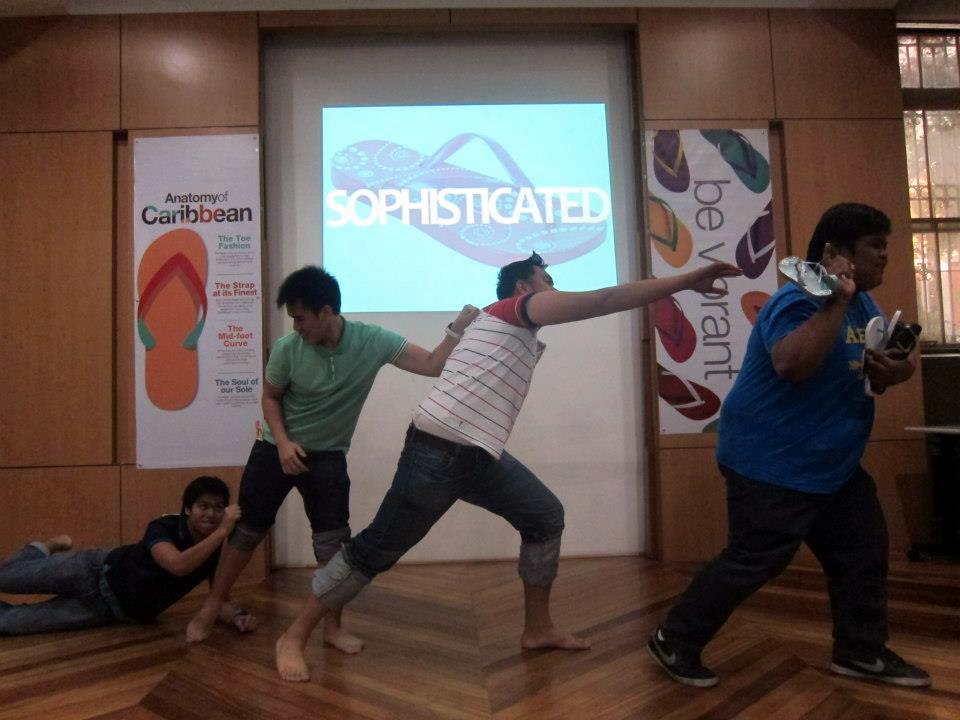 ...the evolution-like photo from students of Asia Pacific College! The angle directly focuses your eyes to the Caribbean flipflops being carried by the guy at the right. The facial expressions make you curious about the product. No explanations were needed for me to understand their concept! They nailed it and they deserve the win!

At the end of the seminar, I could tell the students were excited to formulate marketing strategies for Caribbean Footwear.  A comprehensive kit, which included all the information and a pair of Caribbean flipflops, were given. The organizers of ATHOMIC, Caribbean Footwear, and I are all excited on what new and innovative ideas the students will come up.