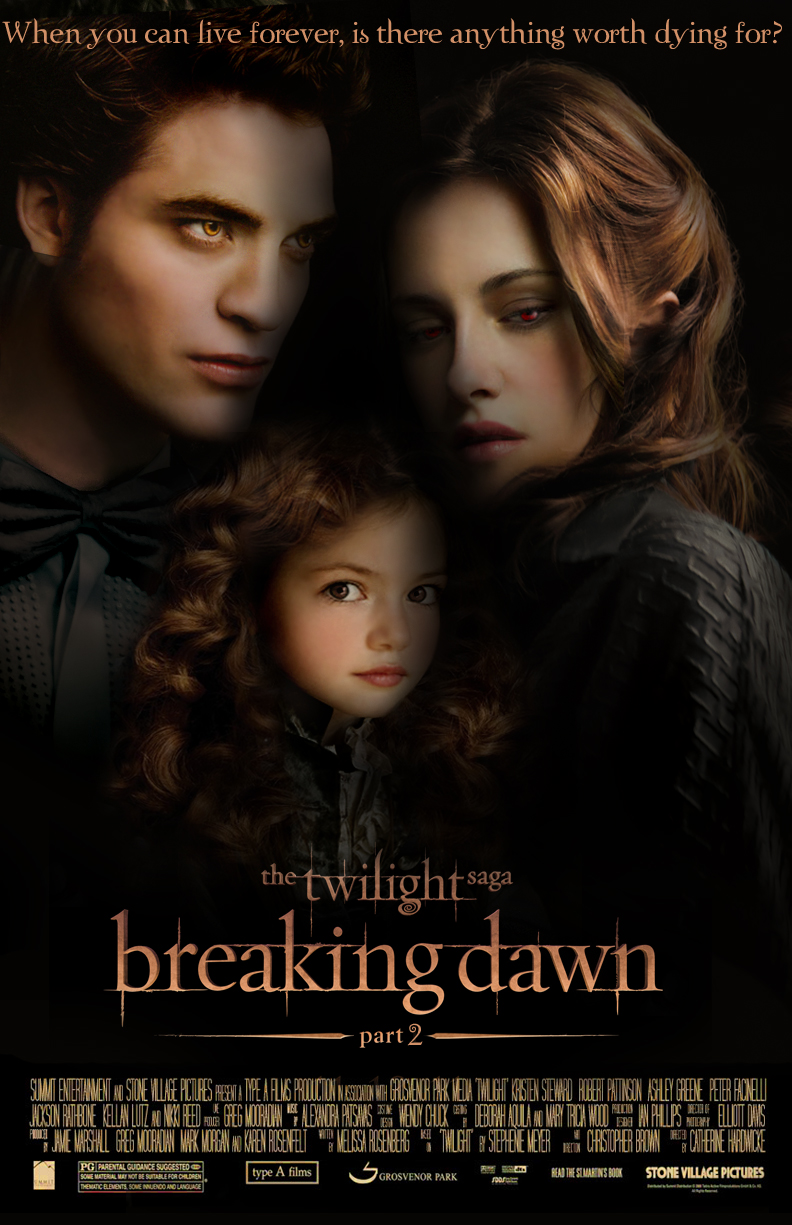 The reviews you might have read so far were right! Breaking Dawn Part 2 indeed has an epic story and is the perfect ending for the Twilight Saga movies. I have noticed that the franchise has improved: from the laid back Twilight, disappointing New Moon, action-packed Eclipse,  and romantic Breaking Dawn Part 1. There is an evolution associated with how these movies have been presented to the audience.

Breaking Dawn Part 2 is the best among the Twilight Saga movies in terms of plot, special effects, and soundtrack. The opening and ending credits were in itself pieces of art. Summit Entertainment has truly saved the best for last.

The story starts with the complete transformation of Bella (Kristen Stewart). She began exploring her newfound capabilities as a vampire with the help of Edward (Robert Pattinson) and the rest of the Cullen Coven. Jacob (Taylor Lautner),  now becomes one of the protagonists. He also had his share of helping Bella out of trouble. But Breaking Dawn Part 2 centers not entirely on the romance between Bella and Edward, as what the last four Twilight movies have always banked on.

Bella and Edward had a half-human half-vampire daughter named Renesmee (Mackenzie Foy). She also had special abilities to communicate with a touch of her hand. The story revolved around her, though still being told in Bella's perspective.

The conflict started when the vampire royalty Volturi found out about Renesmee. They thought that she was an immortal child, something extremely forbidden in the vampire world. If discovered, these children are slaughtered. So our heroes and heroines started to gather covens from different parts of the Earth to support their fight against the Volturi.

However, the plot was told in a fast pace manner. I am not sure if those of you who haven't read the book will be able to understand the whole story completely. A lot of characters came about but only had short appearances and some didn't even had a line to say. A lot of supporting actors were introduced but not enough character development was done.

For the actors, two thumbs up goes to Robert Pattinson, Michael Sheen, and Dakota Fanning. Pattinson for his role of Edward Cullen has been consistent with his performance, from Twilight to Breaking Dawn Part 2. Michael Sheen is one of the best actors in Hollywood. He is the perfect actor to play Aro of the Volturi, the eccentric yet lethal vampire. He could easily shift from a funny emotion to a sarcastic or feared expression. Finally, Dakota Fanning as Jane of the Volturi Guards didn't have a lot of lines to say, but her skill to convey emotions with her eyes are top notch.

The special effects are better this time. The best was when Bella explored her surroundings with her new vampire eyes which had amazing zoom-like effects. The book explained that Bella could clearly see every detail of her surroundings. I was wondering how the movie would do that. So far,  I am contented at how her new vision was presented. But there are also not-so-good ones, like how the growth of Renesmee was shown. What I am not happy about is the obvious special effects done to her face. Sure her baby version was cute but as she grew into pre-toddler years, her face was so creepy and unrealistic. Worse, her grown-up face was too plastic-like.

The sound effects are average. It's the same swoosh of every super speed vampire moves. The action scenes didn't have a good background music to stir up emotions of fear or thrill to the audience. However, the soundtracks that were in the movie really fit the scenes as they were shown. I can never forget the song "A Thousand Years" by Christina Perri. I guess it is the theme song of Edward and Bella.

As for the scene that made this movie unforgettable... It is something that came as a surprise to  those who have read the book or to others who just watched the movies. Yep, it even tricked me! Hollywood sure has its way of fancying and exaggerating scenes just to get that appeal.

Overall, I'm satisfied with this movie. I have watched all the four Twilight movies and read the books. And my movie review self tells me, Breaking Dawn Part 2 surpasses its predecessors by far.

The run time is approximately 1 hour and 45 minutes. Once again I would like to thank Azrael Coladilla and Jamba Juice Philippines for scoring me tickets to the special advance screening of Breaking Dawn Part 2.