July 03, 2011
This year’s Philippine Toy Con was the grandest that it had in 10 years. Not only did it showcased Hollywood’s biggest upcoming movies but it also hosted the making of the movie entitled Cosplay Nation. But apart from that, the highlight of it all was the grand display of toys, from anime to action figures. This big event was held on June 18-19, 2011 at SM Megamall Megatrade Halls 1, 2, and 3. 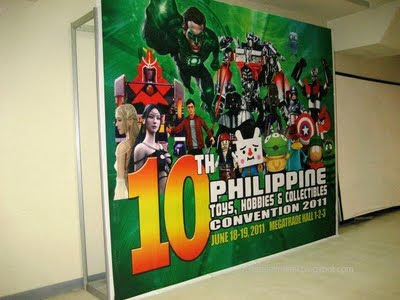 As I am a big fan of anything otaku, I went there on the Saturday event. The opening ceremony featured a Star Wars theme with Darth Vader leading an entourage of clones, as shown in the photo below. They assembled at the back portion of the mall.  I was one of the lucky few who were able to take a photo of this remarkable view. I decided not to enter the queue at Megatrade Hall 1 as I have to put on an anime headdress. Sometimes, not being to first to fall in line has its advantages. 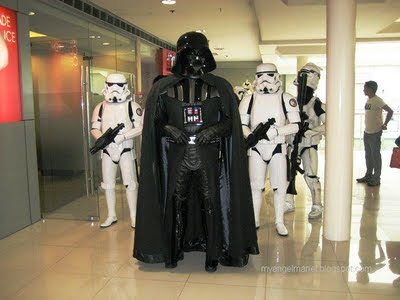 The grand entrance of the Toy Con 2011 was filled with people that there was not enough space to pass through.  I took this picture while following the army of clones to the ribbon cutting ceremonies: 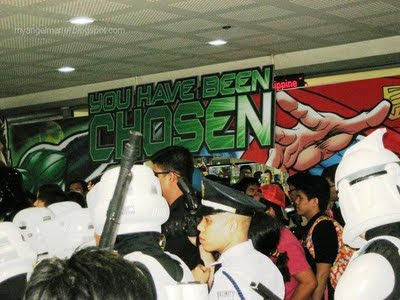 Then, it was time to fall in line. It was so long! The Megatrade Halls were located at the 5th floor, but the queue was spiraling down the stairs all the way down to the first floor! I didn’t mind waiting. I was filled with the energy that was in the air. I could feel the excitement and determination of my fellow otakus.
When I finally had my turn of entering the venue, I was greeted by the overflowing number of toys! Most of those toys were on sale from the different booths. The toys ranged from cute anime stuff to tough action figures. There were Iron Man, Son Goku, Plants vs Zombies, and a whole lot more. Other booths sold art materials like resin for those who are into toy-making. 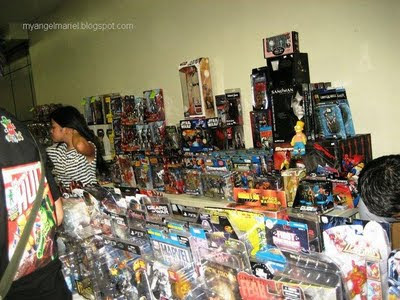 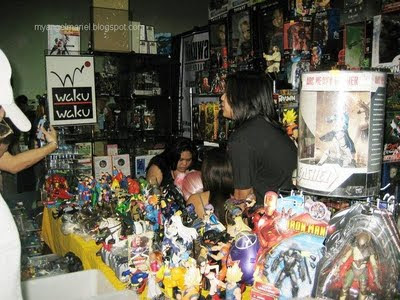 As I mentioned earlier, Cosplay Nation held its shooting in this event. The photo below showed the stage where it was held. Alodia Gosiengfiao greeted everyone a few minutes after the opening ceremonies and welcomed us to the event. She graced the event cosplaying Mirai Suenaga of Culture Japan (http://www.dannychoo.com). 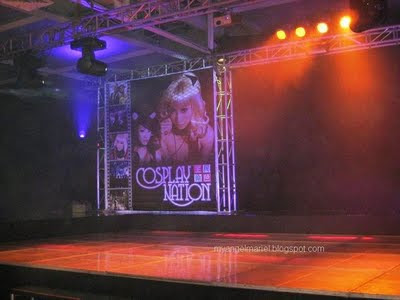 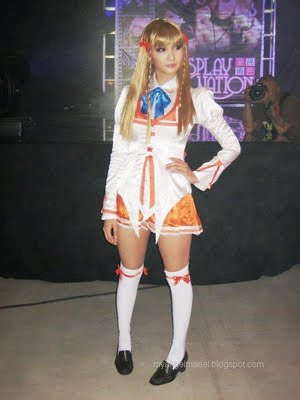 It’s as if Alodia started the cosplay mania of the day! After the short photoshoot, other cosplayers began entering the scene. Reborn (Katekyo Hitman Reborn), as shown in the photo below, was the first that caught my attention. Wow! With a big head like that, how could I not! The costume was very well-made and it overflowed with cuteness. I was more than glad to take a snapshot of it. 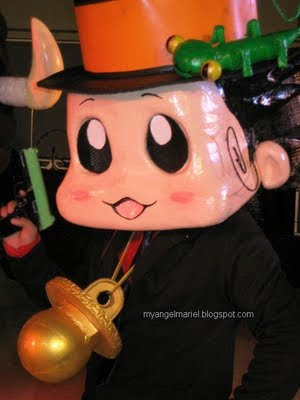 Cosplay energy then flooded the event. There was Miho (My Girlfriend is a Gumiho), Monkey D. Luffy (One Piece), Kagome (Inu Yasha), and Sakura Kinomoto (CardCaptor Sakura) among others. The crowd favorite was the girl who cosplayed Lara Croft (Tomb Raider): 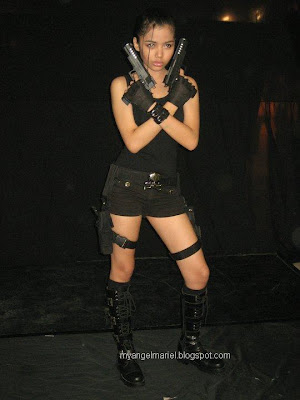 These were just at the start! More cosplayers came in during the course of the day. They were very creative and artistic! It was an amazing sight to behold as fictional characters are seen for real!
Cosplayers also graced some booths, just like the Harry Potter 7 place. There were men and women in wizard’s and witch’s robes with logos of the four Hogwarts houses. The Harry Potter  booth is my favorite because it featured the costumes of the film characters. The next photos were taken at the said booth.
The Harry Potter 7 booth: 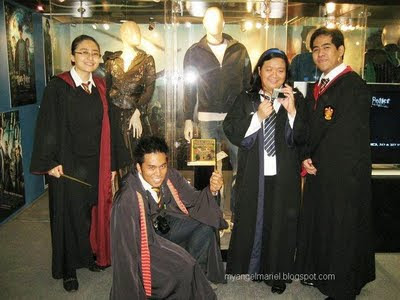 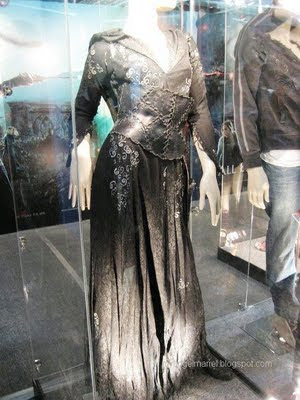 Other Hollywood movies were also in the event. Transformers 3, Green Lantern, and Captain America had awesome booths to show. They featured unique toys and collectibles for sale. The complicated mecha features of the Transformers toys were inspiring. 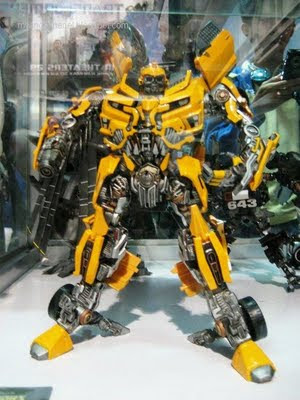 Green Lantern toys are as hot as the hero! 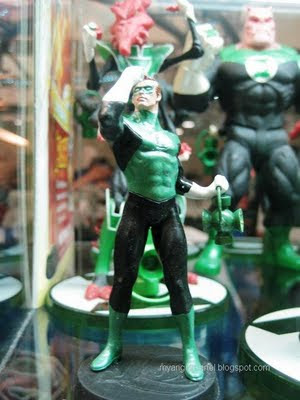 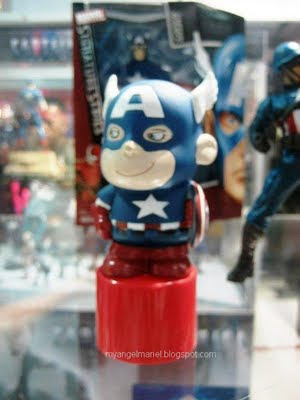 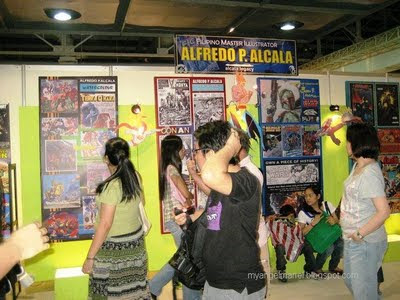 There was also at toy exhibit which featured a wide diorama of military bases and Aliens vs Predators: 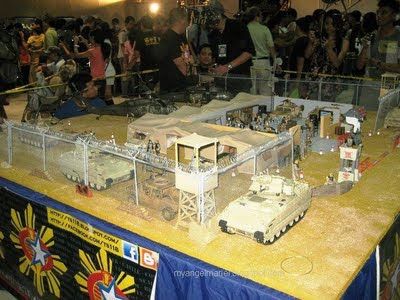 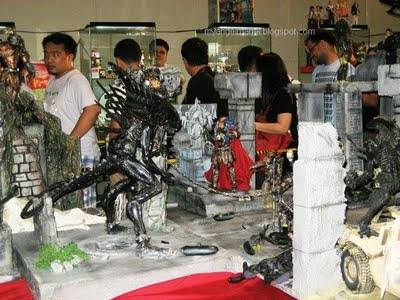 After checking out the different booths, I went to an extraordinary one. The Maxicollector booth sold photos of Alodia and Ashley for only PhP200. What was more special about it is that you could have it signed by them. These were all the prints on sale: 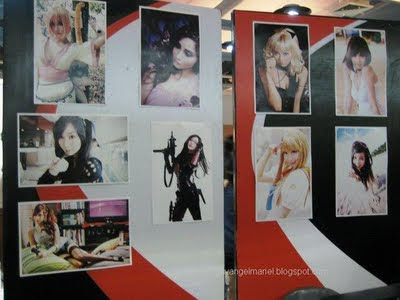 When 3PM came, Alodia, Ashley, and other celebrity cosplayers entered the Maxicollector kiosk. It was then that the photo frenzy started. Photographers gathered all over the booth that the boundaries were about to fall off. Hahaha! All that to get that perfect photo of Alodia and Ashley.
Ashley posing for the cameras: 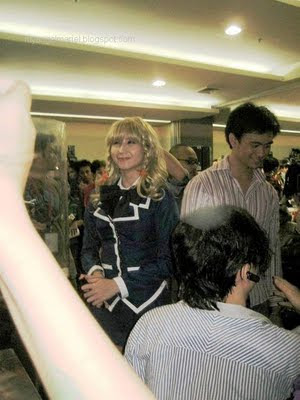 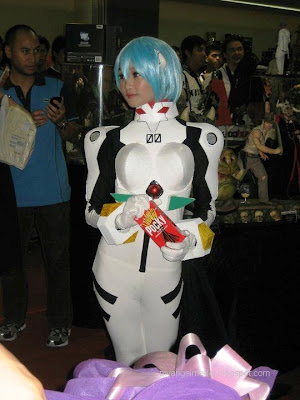 And finally, I got the opportunity to enter the booth and have my poster signed by Alodia and Ashley. Alodia happily posed when she saw me talking out my camera for a picture (photo shown below). Thanks Alodia! <3 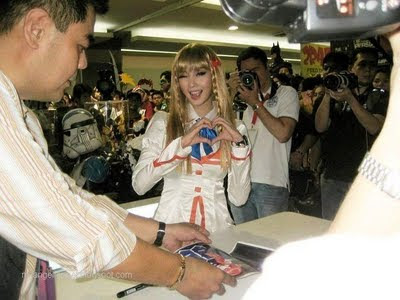 As seen in the photo above, the Maxicollector manager on the left side takes my poster on the table after Alodia signed it. Thanks Maxicollector!
That photo and fan sign session in the Maxicollector booth left me exhausted, so I decided to go home. But the energy in the Megatrade Halls was never ending. More and more visitors and cosplayers were coming. The excitement overflowed outside the walls of the hall. I am glad that I was able to capture it on camera: 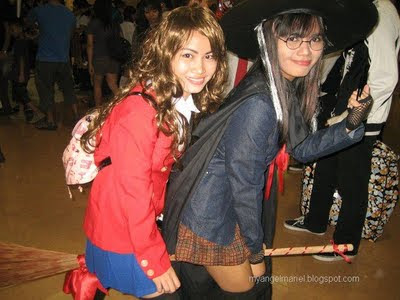 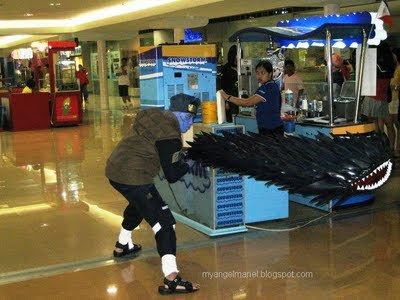 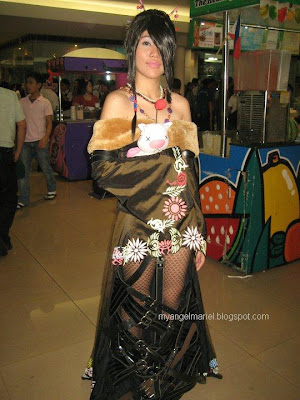 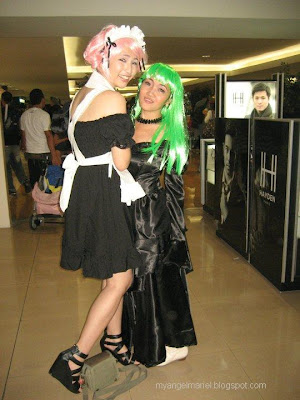 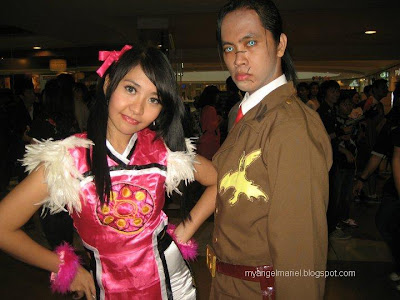 My favorite cosplayer of the day is this female SIth warrior from Star Wars (photo shown below). I am still admiring her passion for the craft. She had her entire body painted with red and black. Furthermore, she completed the look with an aura of the dark side.  Way to go, girl! 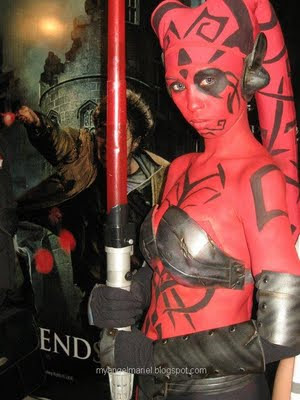 Toy Con 2011 proved to be a special event, not only for the guests but also for the cosplayers and sponsors. It led to the influx of positive energy for all the toy, comic, and anime fans. It makes me proud to be an otaku! I look forward to the next Toy Con and I expect it to surpass this year’s grandiose event! 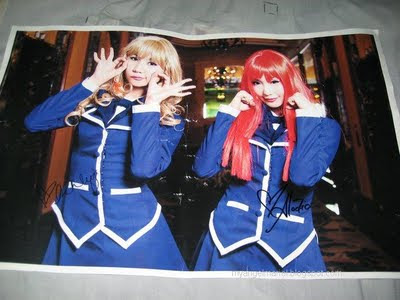