Going Gaga in the Born This Way Album Launch

June 03, 2011
Born This Way is a popular song by Lady GaGa. May 28 2011 was the anticipated date of its worldwide album launch. Here in the Philippines, it was sponsored by it was celebrated along with a fashion show. I, being a costume enthusiast, had to go and check out the beautifully crafted costumes inspired by Lady GaGa. 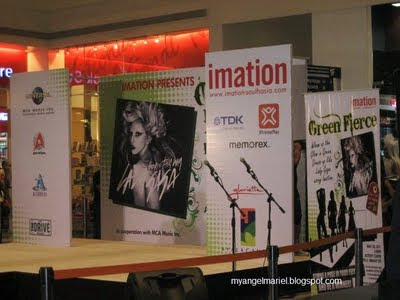 The album launch was made possible by Astroplus/Astrovision. The fashion show was entitled Green Fierce, and it was sponsored by Imation. Contestants were required to incorporated Imation products on their costumes. I thought that there will be a lot of participants. However, I found out that it was the grand finals already, so there were only three. The next photos showed the participants taken at the backstage before the event started:

This is my favorite, an attire in red: 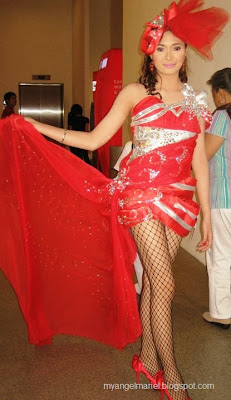 This girl reminds me of Antlantis. I think that was what the theme was: 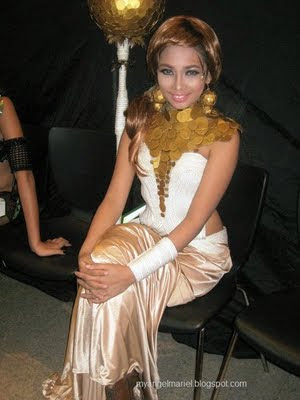 But if there's one costume that made Imation products obvious, it was this entry (photo shown below). I like how the CDs glitter. :) 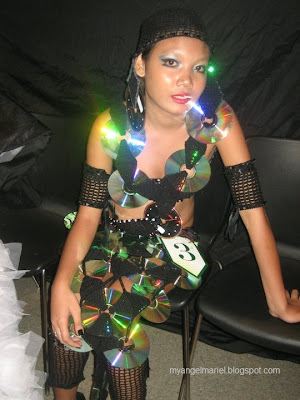 The next photo shows Captivating Katkat. At first, I thought she was a part of the fashion show. LIttle that I know that it will be because of her that I enjoyed this event. (I'll tell you guys later) :) This picture is my first photo taken at the event: 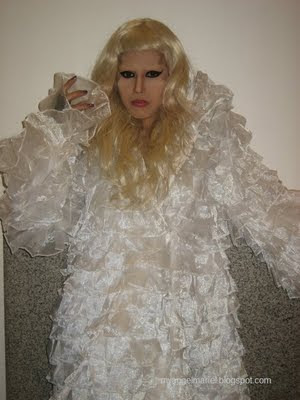 The event was kicked off my dancers moving to the tune of Judas. It was followed by short talks from the host and from the organizers of the event. The first part was a fashion show. It was not part of the contest. But it showcased costumes with seriously themed Imation products. The photo below showed the three models with the designer: 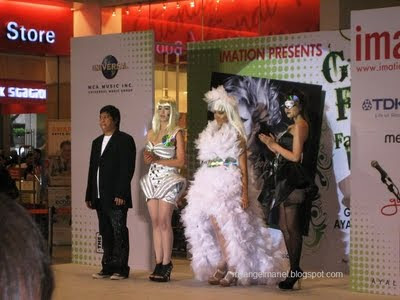 And then... came the performance of Katkat. :) She performed a la Lady GaGa. She danced and lipsynched. Her costumes were close to true! The performance rocked the stage and she captivated the audience. No wonder she was called Captivating Katkat.


Katkat started off the show with a slow rendition of Paparazzi: 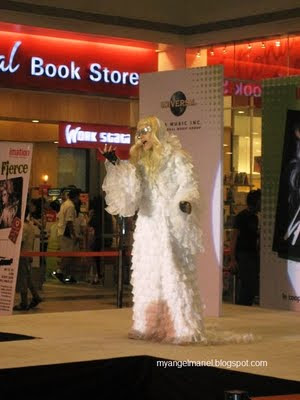 Her next performance slowly gained momentum with Bad Romance: 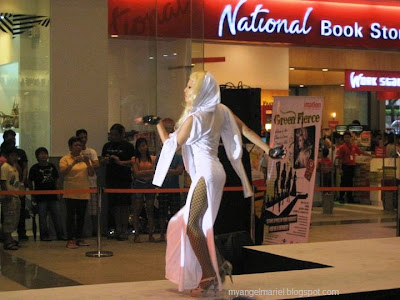 The excitement then came to its peak with Born This Way: 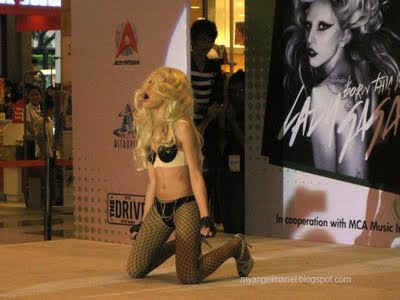 After Katkat's performance, the event continued with the Green Fierce grand finalists. It was stared by the dancers moving to a Lady GaGa medley of songs: 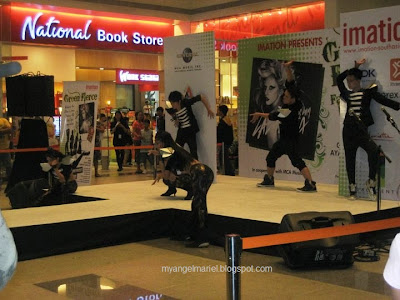 The finalists at the ramp: 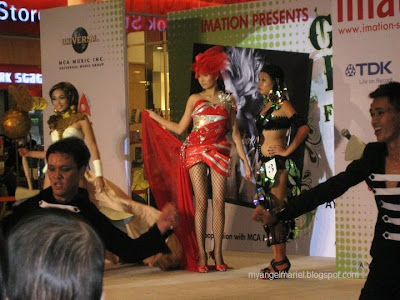 Seeing these beautiful costumes is very inspiring. :) The event was a true reflection of Lady Gaga's song: I'm beautiful in my way. 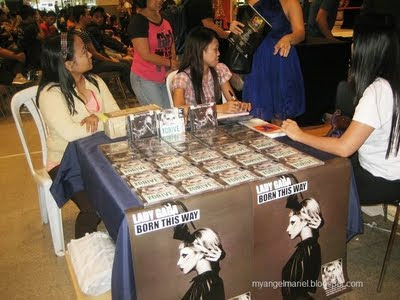