At the CassPh 8G: The Carnival

May 09, 2011
Cassiopeia Philippines, the local chapter of the official TVXQ fans club held an event last May 7, 2011 to bring together all dear Cassies (TVXQ fanatics) in the country. This event, held annually, has the objective of uniting Filipino fans through games and contests. Being the 8th Gathering so far, it was aptly themed as 8G: The Carnival, and was held at the Trade Hall of Starmall EDSA.
My sister, Kich, and I, being TVXQ fans, attended this grand event. We were excited as it was our first time to go this occasion.  We woke up early in order to get there before 10 AM, the time which the event was supposed to start. Unfortunately, the event started late. But no worries, Kich and I met our new friends, Theena and Vic, while waiting in line. Woah! There were lots of Cassies who came to the gathering as well. Red lines were forming outside the Trade Hall. 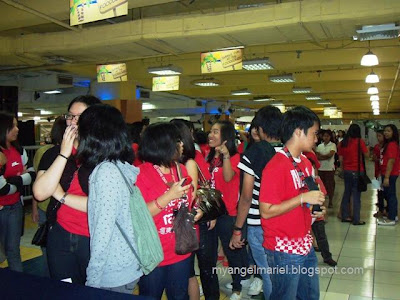 I think it was 10:45 AM when the doors finally opened. All of us were very excited as we happily showed them our tickets. The staff didn’t take the ticket stub, as I expected them to. Hmmm… Strange :3. By the way, we got our tickets from the pre-selling meet-ups. Each ticket was worth P200. And because we got our tickets in advance, we got a free photocard (shown below)! Yay! 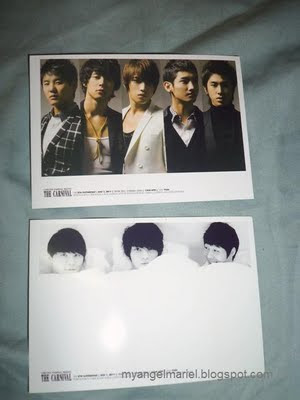 Each Cassie was also given a raffle coupon entitled Sail the Red Ocean, where we were required to visit the booths and complete four stamps to qualify. 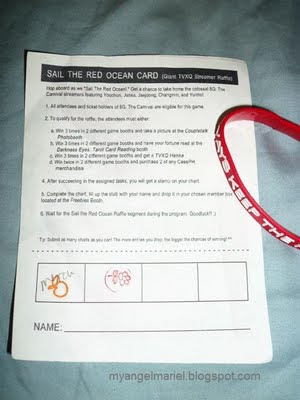 The prizes for this raffle promo are the giant streamers that were on display for everybody to see: 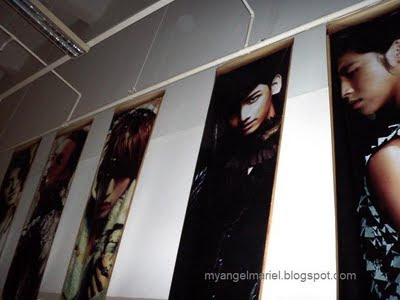 The first thing that we did at the event was to buy Tohoshinki albums. Kich and Theena were guided by the Astroplus® Lady to the booth. They enthusiastically joined in the crowd of fans. Kich bought the Tohoshinki Complete Single A-Side and B-Side Collection. She bought not one, but three bundles. One pair for her and the other two were for her Cassie friends who couldn’t attend the event. She was very happy with the freebies that came with it: three TVXQ notepads, a poster, and a personalized bagtag! Wow! Plus, there was a chance to win a TVXQ T-Shirt in the raffle. 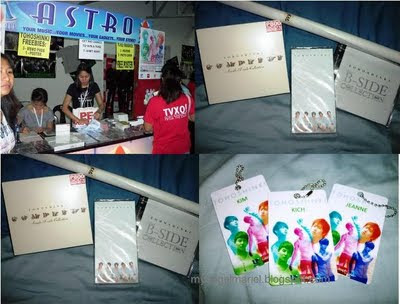 After buying the albums, Kich, Theena, Vic, and I started to go around the place and check out the stalls and kiosks. The event had the carnival concept. True enough, the booths were reminiscent of a festival: colourful and playful. The following pictures show the different carnival-themed booths. :3
The Wrong Number booth which was about Q&A: 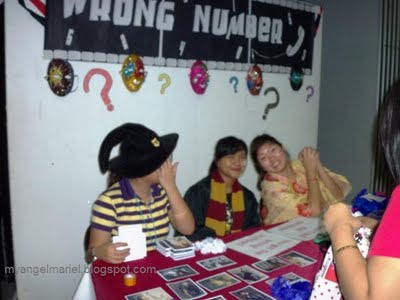 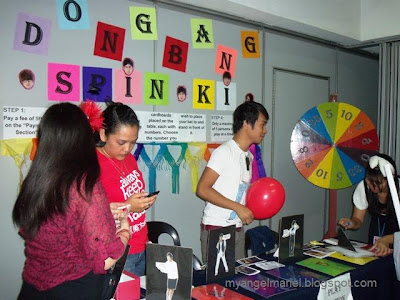 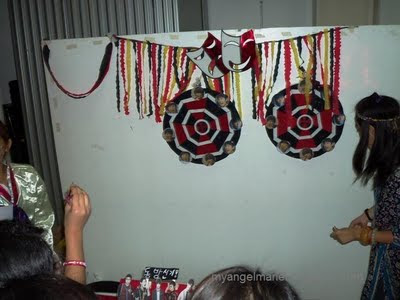 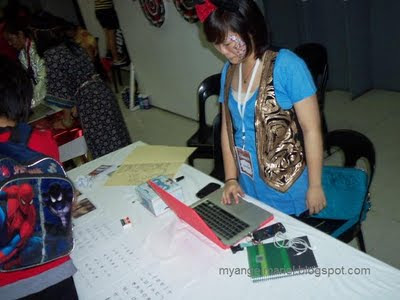 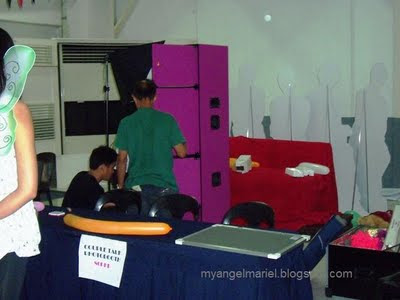 And finally, the Tarot Card Reading Booth (picture also shows the TVXQ Cards on the table): 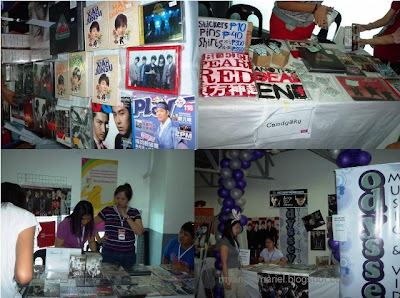 In my opinion, the most outstanding booth was the official CassPH Merchandise Kiosk. They sold lots and lots of red stuff especially dedicated to TVXQ. There were T-shirts, ballers, lanyards, umbrellas, post cards, and yummy chocolates! Yay! :3 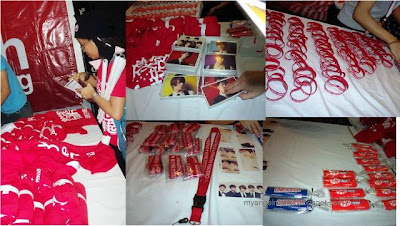 When I saw the Cassiopeia Philippines Membership stall, I decided to register myself. I wanted to be part of one of the biggest fan clubs in the country. Truth be told, this is the first time that I officially joined one. Cassiopeia membership fee was only P50. Yay! I can't wait to get my card!

After that, we had fun taking photos of the giant TVXQ streamers. Shown below is my version of me and Yunho. 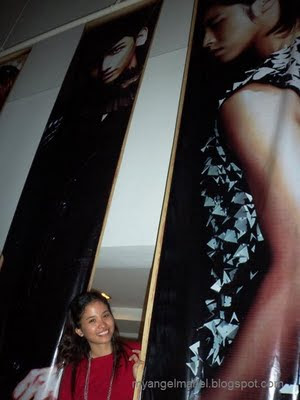 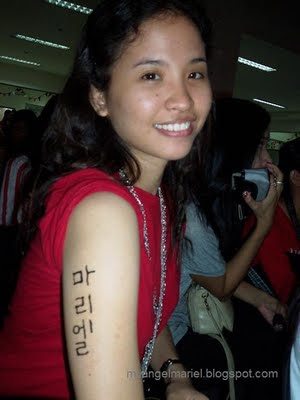 Cosplayers also graced the event. They were mobbed by Cassies who wanted to get a photo. Shown below is Min cosplaying JaeJoong, with Kich and me. 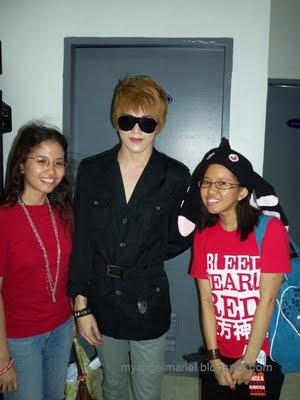 My sister Kich with Shin, who cosplayed Yunho at the later part of the event: 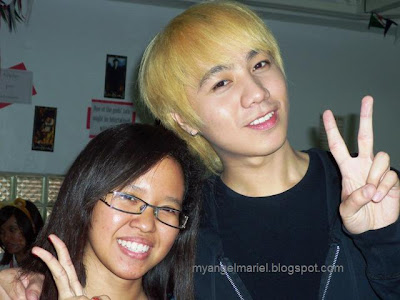 A cosplayer/staff wearing the Traditional Korean Dress, called the Hanbok: 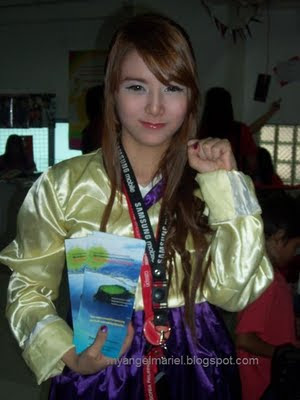 At about 1:00 PM, the show started. We paused from taking photos for a while. And we saw the stage was highlighted by the large themed backdrop. 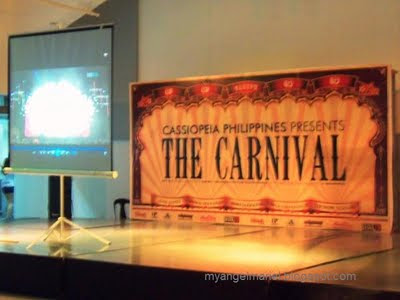 The videos from the Gintong Itlog ni Junsu Video Subbing Contest were shown on the projector screen The winners got the chance to own a TVXQ standee of their choice. Sadly, nobody chose Chang Min. So the staff decided to put the standee for a raffle. 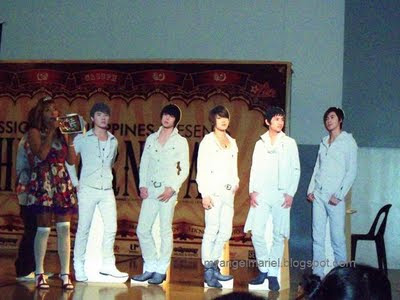 Performances from various groups entertained the watching Cassies. However, Kich and I missed this part as we were queuing at the photo booth. (T_T) By this time, the crowd thickened and the whole place turned into a sea of people in red. 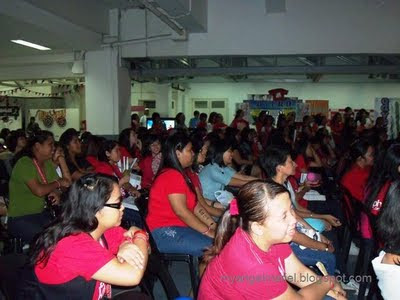 Kich was very happy because she was able to personally meet her online friends. I, too, was filled with bliss because I met new people. By 3:30 PM, we decided to go home, but not without taking some TVXQ memories... or pictures with them, rather. Thank you to the winners of the standees who let us take these pictures. We are hoping that we would also have the chance to take photos with the true-to-life TVXQ members, possibly in the 9G next year. (^_^)/
Kich with the Yunho standee: 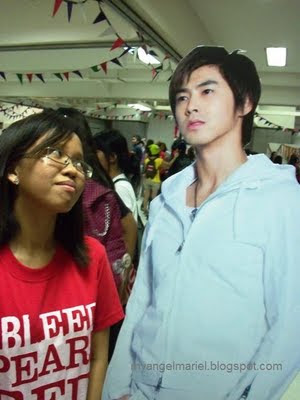 Me with the JYJ standees: 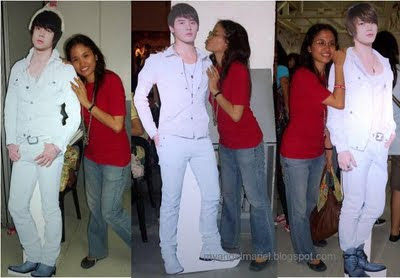 8G: The Carnival was a day filled with fun. Not only that, Filipino Cassies were also able to meet each other. They have proven that it was just not about the fan gathering, but about TVXQ. In other words, it is about keeping the faith. Always. 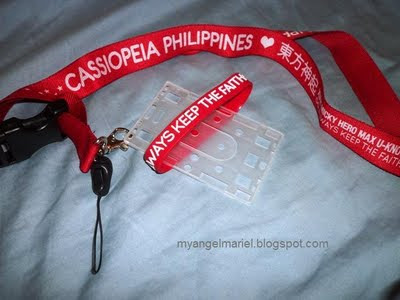 Anonymous said…
I still consider myself as a newbie Cassie but I am want to WELCOME you to the Cassie family hehe :)))

Angel Mariel said…
Thanks guys! I love you dear Cassies! :)