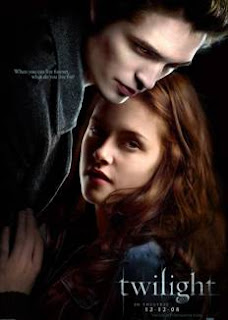 Twilight is Hollywood’s interpretation of the book authored by Stephenie Meyer. It is a highly romantic love story between a vampire and a human. The story revolves around the two lovers, Bella and Edward. Their tale starts off with a boring beginning, girl moves in and meets boy. As the story unfolds, the conflicts that develop make the story evolve into a romantic one with an added spice of suspense and thriller.

Twilight is ideal for teenagers for they can relate with the protagonist’s budding love story. With a lot of romantic pick up lines, you’re sure to get a shiver down your spine. It teaches some lessons about love. It tells the audience to love beyond differences, to deny one’s instincts, and to ultimately protect the other half. The love that the movie presents is an obsessive one.

The movie has awesome visual effects. The vampires’ features and powers are shown in great detail. But ultimately, the highlights of the effects were shown in the climax of the movie.

The sounds were superior. In suspense scenes, the sounds could thump your heart. On the negative, the movie’s romantic scenes have sounds and songs that lacked chemistry.

The actors of Twilight portrayed their roles well. What Robert Pattinson (who played Edward Cullen) lacks in looks, he makes up for his superb and persuasive vampire acting. Through him, you could easily know Edward’s character. However, Kristen Stewart (who played Bella Swan) still falls short in internalizing her character. But nevertheless, her performance was good. Other actors that played supporting roles were also convincing. The other vampires had a stir in their eyes and brought out an aura of fear.

Finally, the movie’s ending is nice. It sure will make the audience watch out for Hollywood’s next installation of Meyer’s Twilight saga.